Mykel Hawke: How to tell when a nation state is about to fail/fall

SGS has had the opportunity to interview survival expert, Mykel Hawke, on various topics and we love the insight he provides not only from his experience actually witnessing disaster situations throughout the world, but living through them. Hawke is a retired U.S. Army Special Forces Officer, a best selling author, and the creator of Discovery Channel's Man Woman Wild, was featured in the History Channel's Frontiersmen, and boasts many other TV and Film credits. Moreover, FEMA has asked Hawke to be on the Board of Advisors for Mass Disaster Preparation and is working with Healing Wounds, an outdoor project for children of Fallen Heroes.

In this extensive interview, Hawke opens our eyes as to what is already happening in the world and what could happen in any country at any time.

MYKEL: I have seen a nation fall right before my eyes. Sierra Leone, West Africa, 1998-1999. I was there when the rebels began a massive push to take the country with the aid of a former Soviet Country and they took the entire nation, including Freetown, the capitol.

There are almost always indicators, the CIA has done great studies on this and while at first blush, it might not make sense, but let's look at why they are good.

MYKEL: One of the biggest factors are when crimes go unpunished, or worse, get rewarded. People lose faith in the government and hope of justice. That leads to apathy in some, and aggression in others. Another big factor is when truth is suppressed and lies are touted. When folks see that the truths they know are being hidden, and lies they can see are being presented, they lose trust in the authorities and the press. When that happens, distrust prevails and rumors abound. This is a direct path to chaos for all sides.

MYKEL: Great Question! In my opinion, there are 2 main kinds of leaders who step up when things go wrong- good ones, and bad ones. The good ones tend to be helping, caring, and have creative ideas for remedy and reparation. Bad ones tend to focus on power grabs, forced control and use "stability" justify use of violence.

MYKEL: Another great question! History has proven every single time, that the military has been used as a force against the people and as a powerful leverage to keep them suppressed. America is unique in this singular way- We were born out of a war against this kind of power.

We have a Constitution that guarantees our rights to bear arms specifically for the purpose to keep our government in check. And our Military Officers, like still am until 2020, are sworn to uphold the Constitution, not any President or General. So, by design, we are there as a moral compass to know when to follow legal orders and when to disobey illegal ones. That is my hope for our nation- these great men and woman who are commissioned officers would know when to not go against their own people, even if ordered to do so from on high. For other countries- no such options exists, they do what they're told or they are jailed or killed.

MYKEL: That is a big question but the easiest answer is looting. That is the first thing that will happen if/when the government fails. Civil wars ensue only after politics fail. Insurgencies rarely succeed and only can if the government becomes so corrupt that they lose the support of the majority and the population actually supports the insurgents. Coups only happen when the key leaders feel the main leaders are corrupt to the point of major harm to the nation.

MYKEL: Genocides have always happened and are happening now. Cambodia is doing their best to kill their indigenous tribes. Bosnia was a classic example of purging as older conflicts and border lines became major issues once there was the power vacuum of the wall falling down. Rwanda was a horrible example of large scale genocide, all because one side was different than the other and didn't like them and the government supported their position and actions. Interesting to note that for the United Nations to class a "cleansing" as a genocide, they wait until 1 million humans are killed to take action- for many minorities, they don't have a million folks total.

MYKEL: YES! Democracy is fragile. It requires people to work and apathy destroys it. Right now, with people so divided between democrat and republican, each vilifying the other and many folks judging and classing entire groups based on that simple political leaning, there is a great tendency towards very hostile attitudes and a propensity towards violent reactions.

When Leaders give People key government positions based on loyalty to an individual over loyalty to their country and constitution and when significant political posts are granted based off of campaign contributions over qualifications for the job and when the Constitution, Rule of Law and Will of the People are constantly over ridden to serve the purpose of the leader versus the leader serving the people, then yes, those kinds of things could lead to a major clash between those who honor the constitution and those who worship the cult of personality.

MYKEL: Nothing good would come of it, on that, you can be sure. There are way too many variations on the them to enumerate here, but for sure, there would be looting, robbery, rape, murder, power grabs, chaos, disease, violence and death all around. Stability would only return if most everyone is dead or with a power grab and then for sure, a Dictator will follow.

MYKEL: I, for one, personally see warning signs right now. In my opinion, a good leader unites the people, not divides them. They serve the people, they don't see them as slaves to serve their position. They seek to help grow their country like a parent helps a child to grow. They seek balance in business, government and politics the same as Parents teach their kids balance in school work, athletic activities and social settings. Right now, we are highly polarized instead of galvanized and that is a sad state of affairs to my way of thinking.

MYKEL: I have been teaching for over 20 years and my main staple of instruction is for folks to learn how to read, study, review, learn and decide for themselves. I hope people can seek balance and compromise as we move forward. Alot of folks are upset and social media lets them vent, but many use it for hate mongering instead of peace brokering. We seem to be going backwards with flat earthers and isolationists and all other manner of less than stellar thoughts and deeds. I keep faith in people, tho' as there are always good humans and good leaders. I pray, for both. Peace. 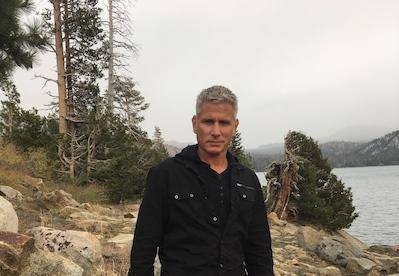 Must Reads by Mykel Hawke